In 2017, the Human Rights Campaign Foundation partnered with researchers at the University of Connecticut to replicate and expand on a similar 2012 survey to identify  experiences of LGBTQ youth in their family settings, schools, social circles and communities. This project revealed persistent challenges still existing for LGBTQ youth, 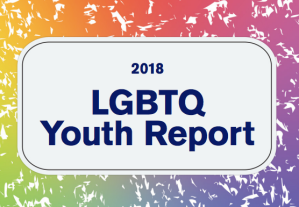 but also signs of hope for the future.  Over 12,000 youth aged 13-17 participated in the survey, with representation from all 50 states and the District of Columbia.  The report of this study is now available here!

Here are a few of the persistent and alarming challenges that the UConn team reported:

But they also reported some positive trends that show the resilience of LGBTQ young people – even in the face of an often difficult reality: