The LGBT Checkbox on Medical Forms

Posted on November 7, 2014 by Michael Johnson 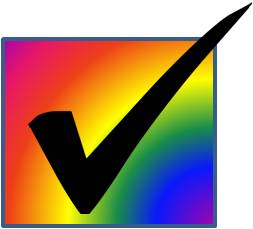 Anyone versed in LGBT health know that chronic stigma has resulted in numerous health disparities. Research has shown numerous negative health outcomes among LGBT populations, such as mood and anxiety disorders, obesity, HIV/AIDS, and lower utilization of healthcare services. In fact, the Institute of Medicine (IOM) published a report in 2011 recommending the collection of sexual orientation and gender identity (SOGI) in medical records. Collecting SOGI information could assist in identifying and addressing LGBT health and healthcare disparities.

Since the release of the IOM report in 2011, there has been overwhelming support for the routine collection of SOGI data in medical records. Drs. Cahill and Makadon’s recent publication did a remarkable job of arguing for the inclusion of SOGI questions on medical forms. They argued that SOGI questions are the key to ending LGBT health disparities. Many others have also published research or commentary publications that argue or show the importance of SOGI questions.

I am also a supporter of including SOGI questions on medical forms. Sexual orientation and gender identity are blind spots to healthcare professionals. Most medical, nursing, and health education programs emphasize treating the individual. If health professionals are not taking sexual orientation and gender identity into account when caring for people, how can they claim that they are individualizing care?

With all of that said, there are numerous challenges to including SOGI questions on medical forms. First, although numerous organizations have published “Best Practice” guidelines on proper wording and placement of SOGI questions, there is not much evidence to show how these questions will be perceived or understood by the public. Second, for SOGI data to be meaningful, patients need to be willing to disclose their SOGI. Numerous studies have found that disclosure of SOGI is dependent on the patient-provider relationship, the perceived risk in disclosing, and internal attributes of the patient. How will this translate when SOGI questions appear on a medical form? Last, will health professionals and providers know how to use this data in meaningful ways? I think the last challenge is most important. If SOGI questions become mandated, LGBT people should feel safe in disclosing and be assured that they would not encounter discrimination as a result.

With careful thought, I think all of these challenges can be negotiated and overcome. SOGI questions will not happen overnight, but we are headed in the right direction.

This entry was posted in Join the discussion. Bookmark the permalink.

1 Response to The LGBT Checkbox on Medical Forms